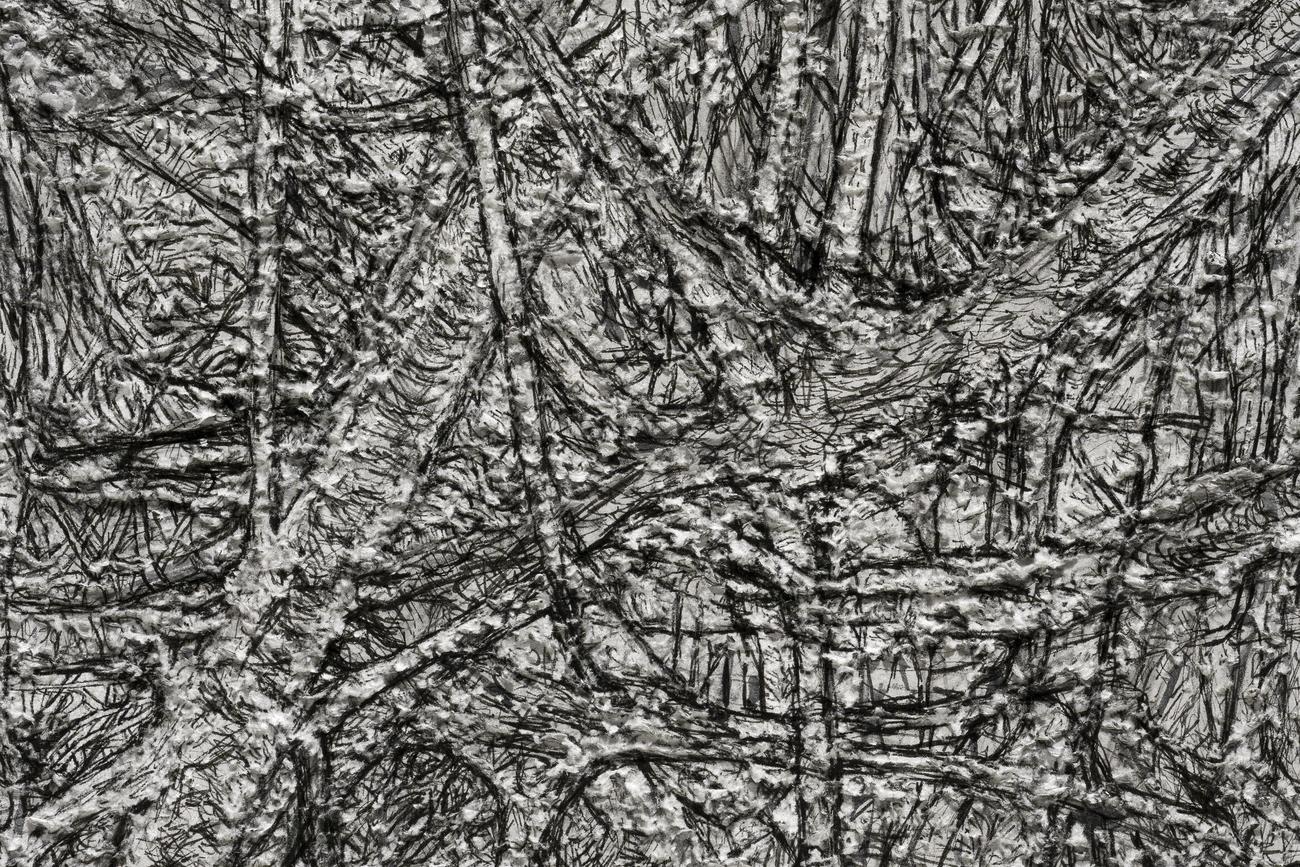 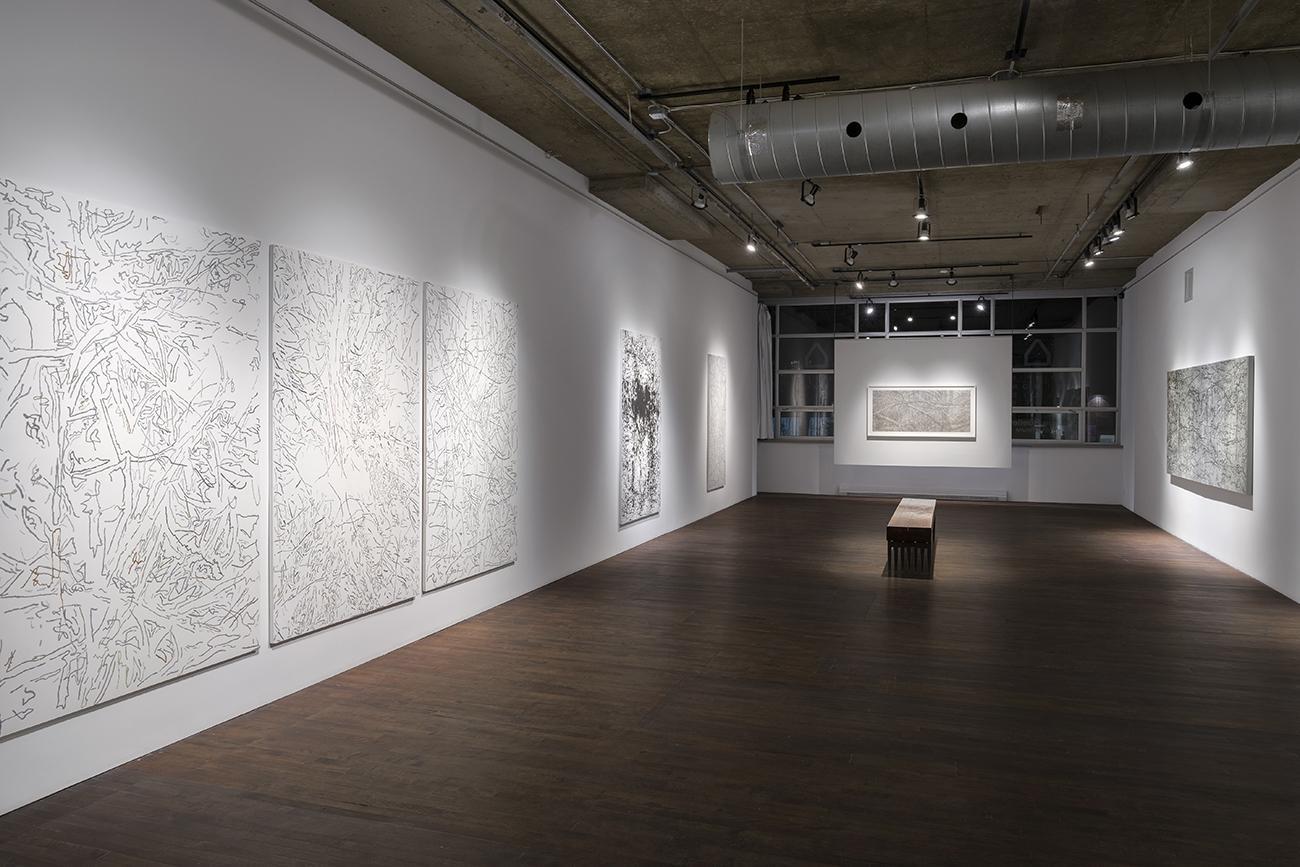 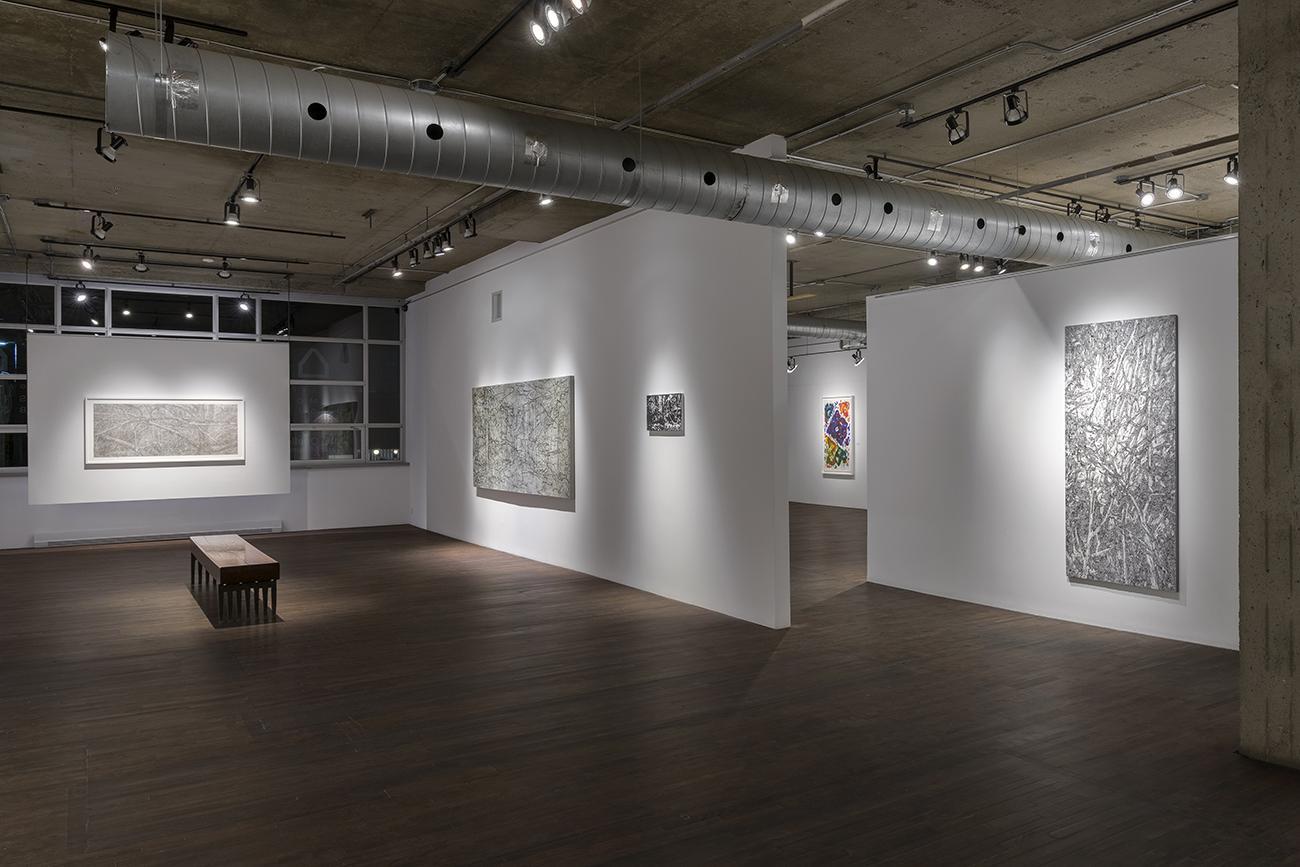 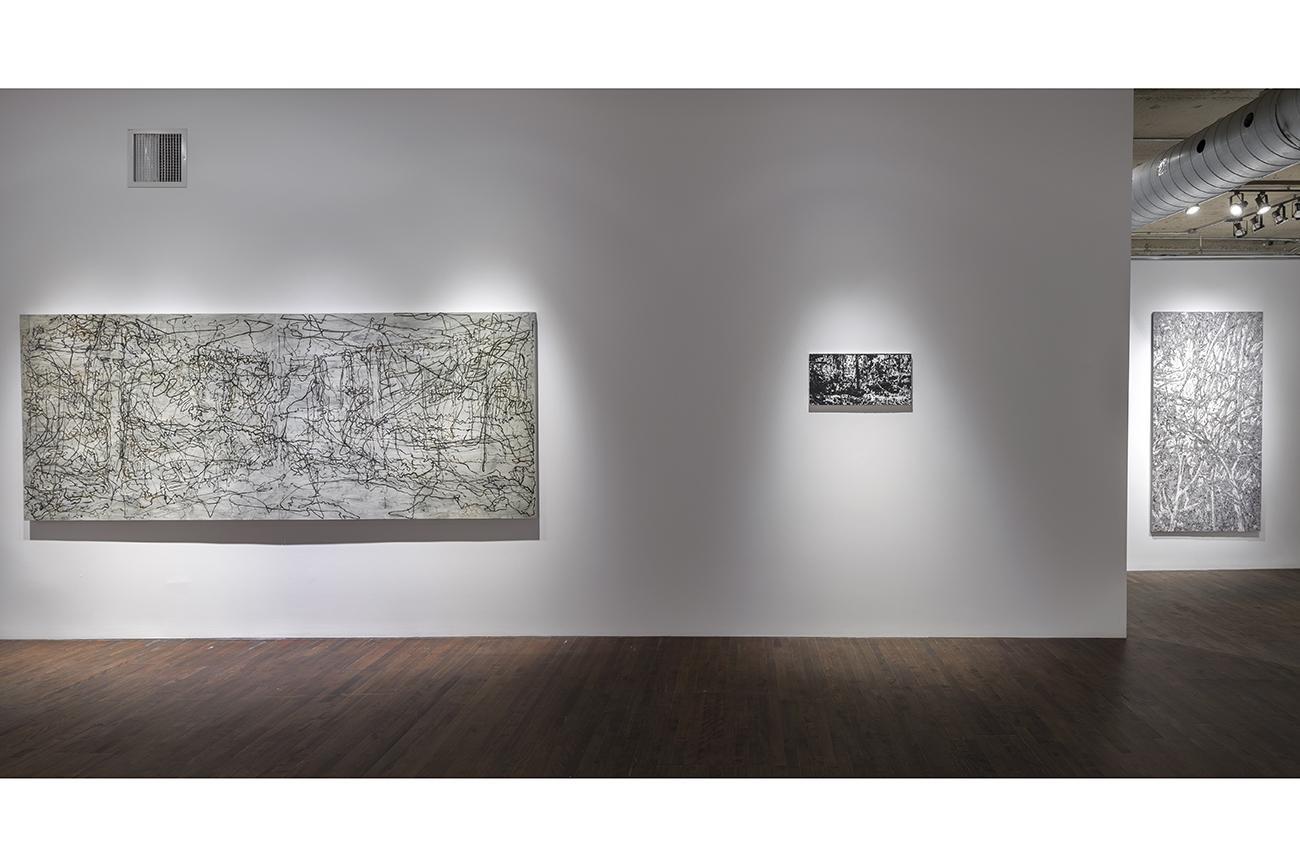 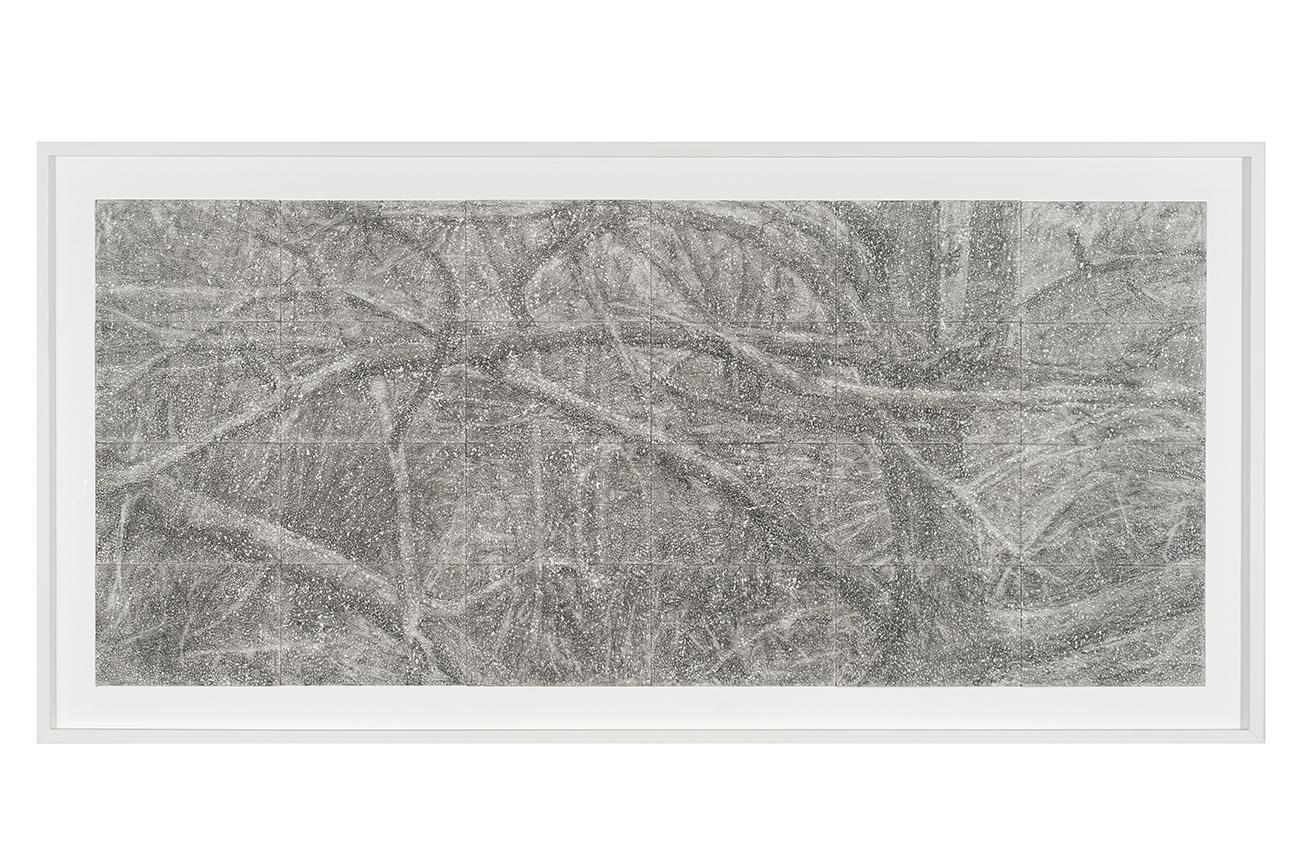 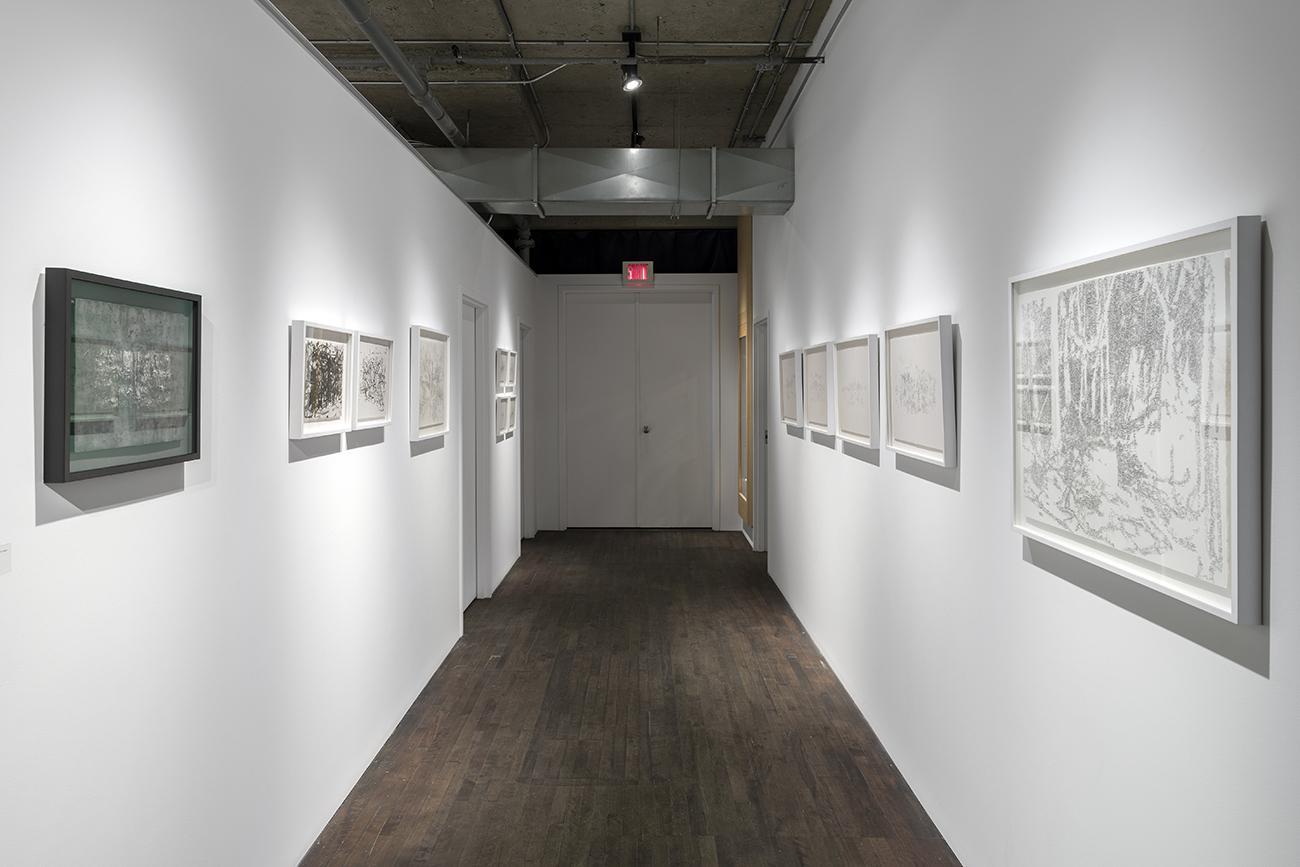 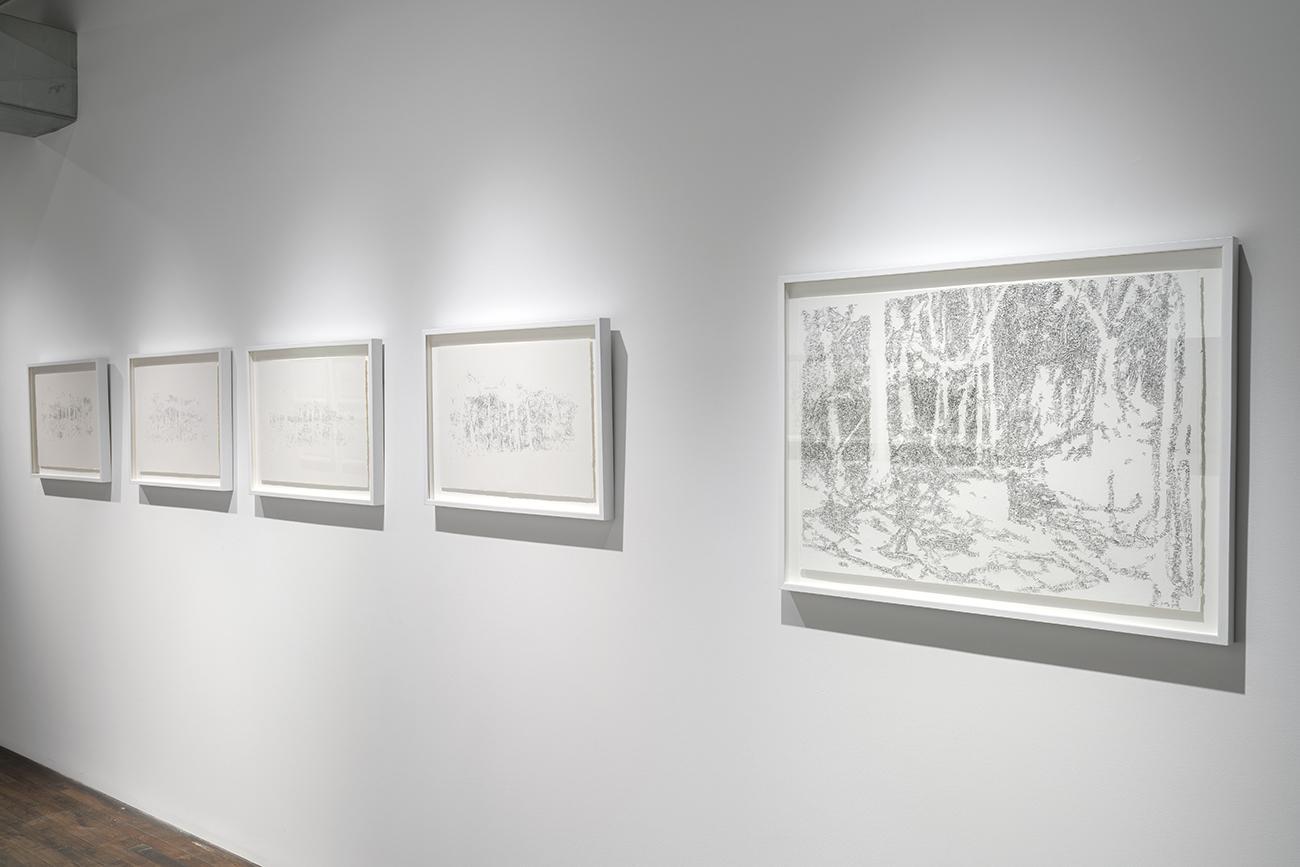 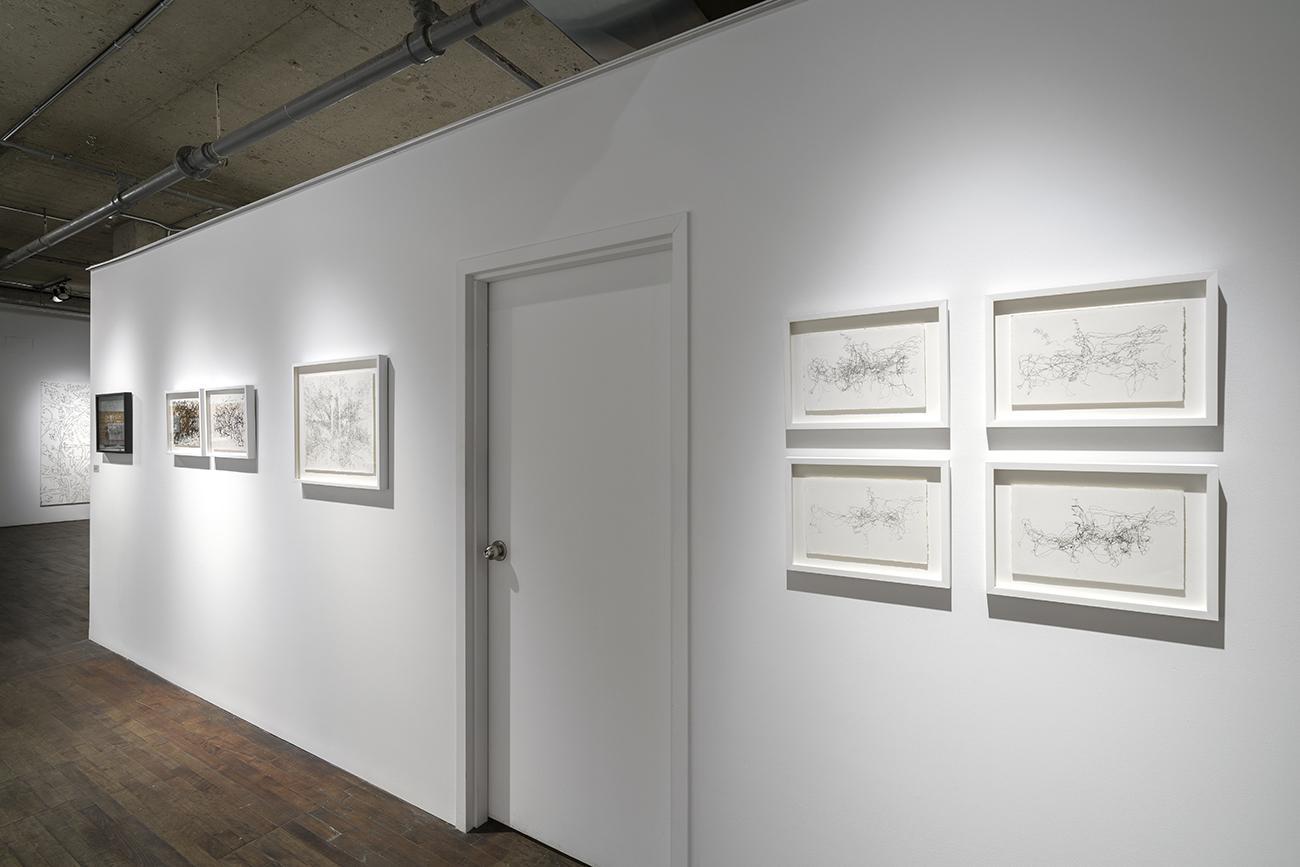 In this exhibition, Julie Ouellet deals for one final time with the Carillon Island forest that has enthralled her and been the true backdrop for her work for a number of years. That subject had as its starting point her discovery, in 2015, of an abandoned barn in the woods from which could be glimpsed the surrounding countryside. Ouellet’s eye picked up on the changing of that landscape with the passage of the seasons and, little by little, the scenes she gazed upon time and again crystallized in her memory. She now has a virtually infinite palette: after having grasped and painstakingly examined her motif, the artist has been able to render it in all its subtle nuances.

Here Julie Ouellet returns to painting, using media such as oil and encaustic (pigmented and heated beeswax), media she had gradually forsaken in favour of graphite and ink. Gesture (and, implicitly, hand) is still very much in evidence, as is line, in all their forms.

This new body of work manifests a tension within the artist’s touch. Moreover, some of the pieces on view have never been so assertive, contrary to those in older series such as Écriture du temps and Par de là la contrainte; others, like Ma forêt à peine visible, exalt delicate, barely pressed-upon lines as fine as a spider’s web placed on paper.

Among the works in the exhibition we see a group of drawings reminiscent of one created in situ during the artist’s recent mid-career retrospective held at 1700 LA POSTE (April to July 2021). That temporary installation, made up of wires and tree twigs, endures through this new series.

Julie Ouellet’s work has taken on a performative dimension, for it largely results from a decisive moment—one sometimes even similar to a trance that, as she says, is “impossible to reproduce.” The time of the art making is therefore critically important. Far from planning her compositions or even visualizing the final rendering beforehand, the artist creates, puts together and builds her work, step by step, in the present moment, gripped by an excitement, a surge within her of definite momentum she cannot stifle. Simply beholding the canvas Sans retour one shot, for example, is enough to understand what is at play in her approach.

Mention should also be made of the technique of “grattage,” or scraping, that is increasingly prevalent in her process. The artist first maps out her composition, most often with graphite, and then goes about lifting the paper in places, as such grattage can sometimes be very dense. The drawing therefore seems to emerge from the support itself in an extremely strong image that is not without a certain poetry.

The artist’s approach is also grounded in the felicitous paradox of the complexity obtained through the accumulation of lines and the unusual directions they take. Such tracery culminates in an internal logic intrinsic to the work. In fact, it is possible to see in that desire for coherence a simplification of what constitutes the very act of “drawing.” The practice of blind contour drawing, an exercise that Ouellet, in search of accident, engages in frequently, plays a key role in her artistic experiments. It allows her to free herself of the constraints related to the more “academic” technique of drawing from life in which one usually endeavours to render the observed subject in a faithful manner.

Spotlighting the variety of techniques and supports she uses, "forêt affleure" provides a condensed look at Julie Ouellet’s pictorial explorations. Through it we enter a space that, in the artist’s words, wavers “between the heft of a painting and the fragility of a drawing.” 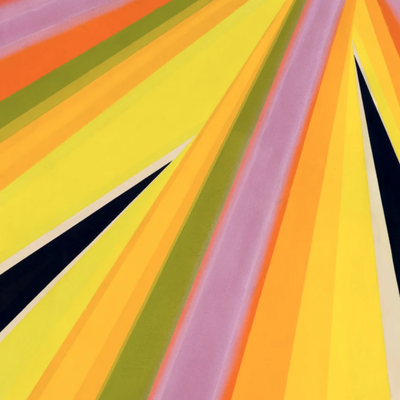 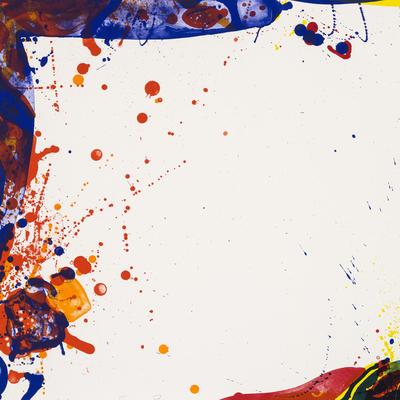 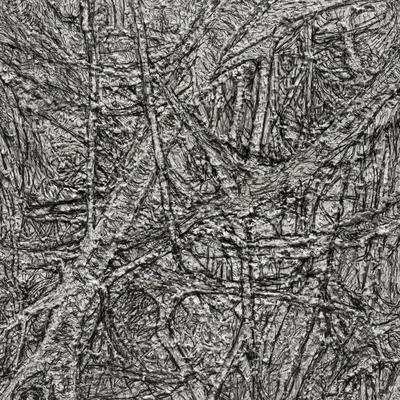 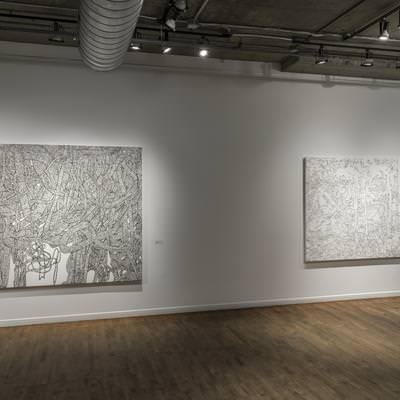 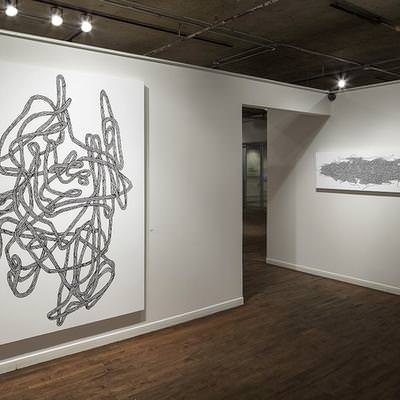 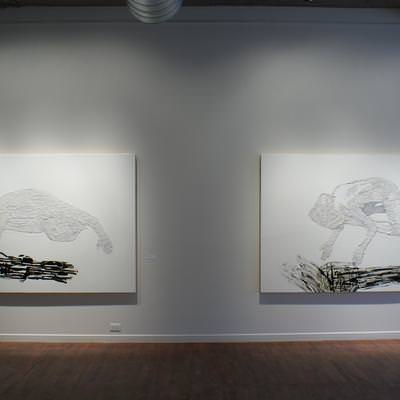 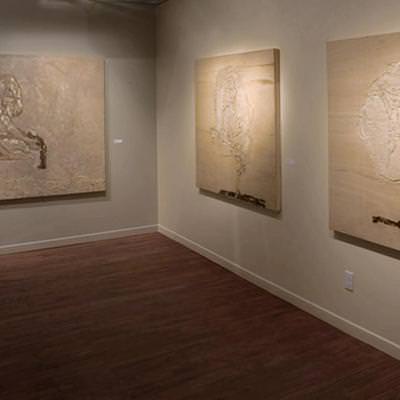