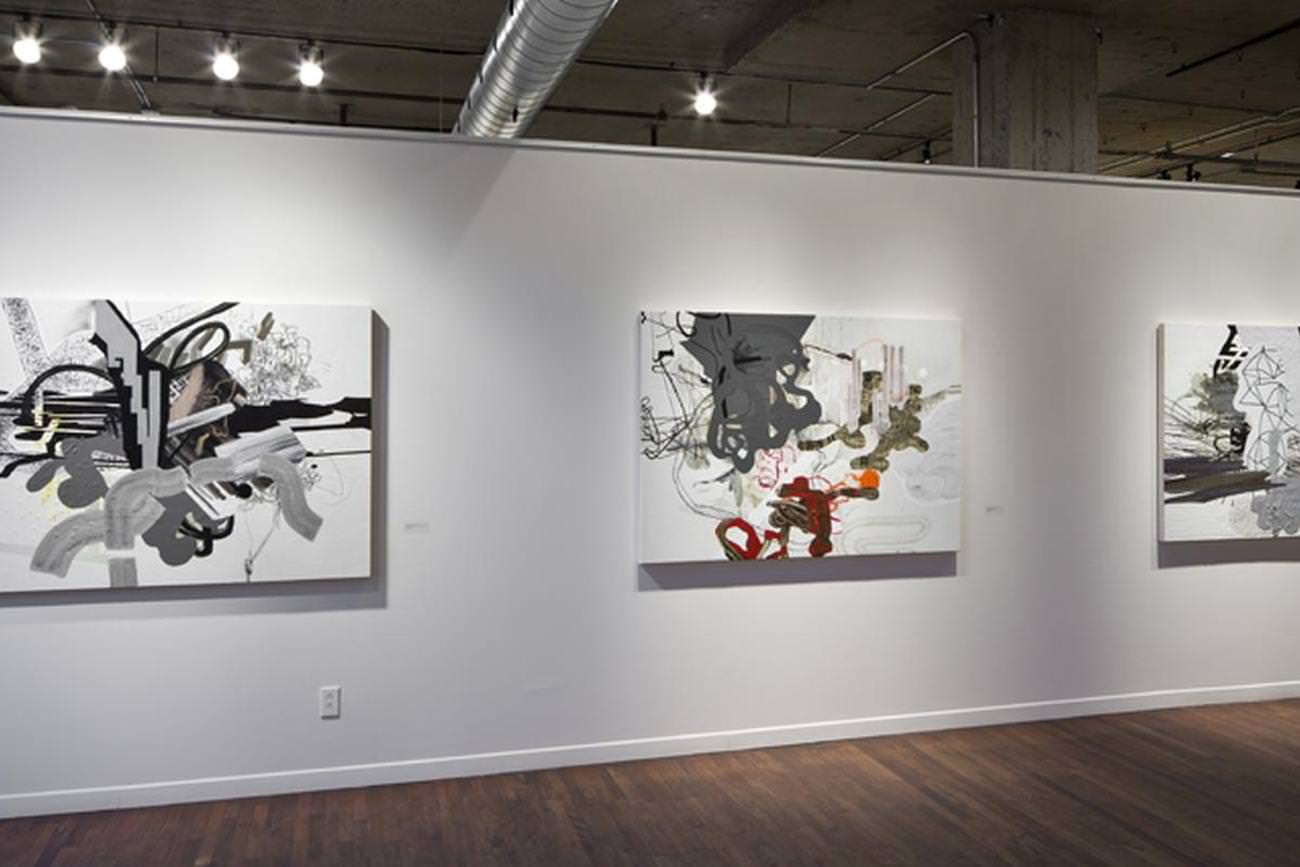 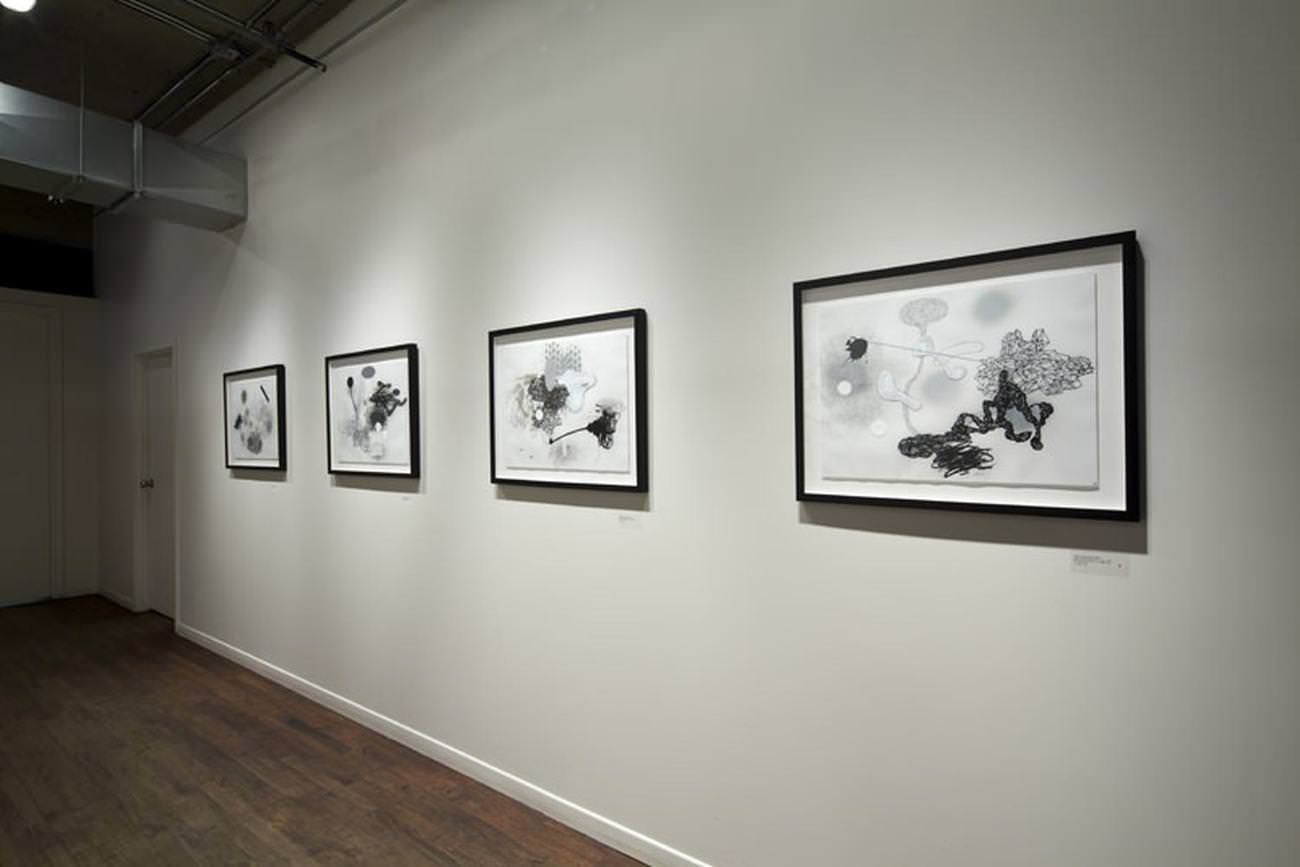 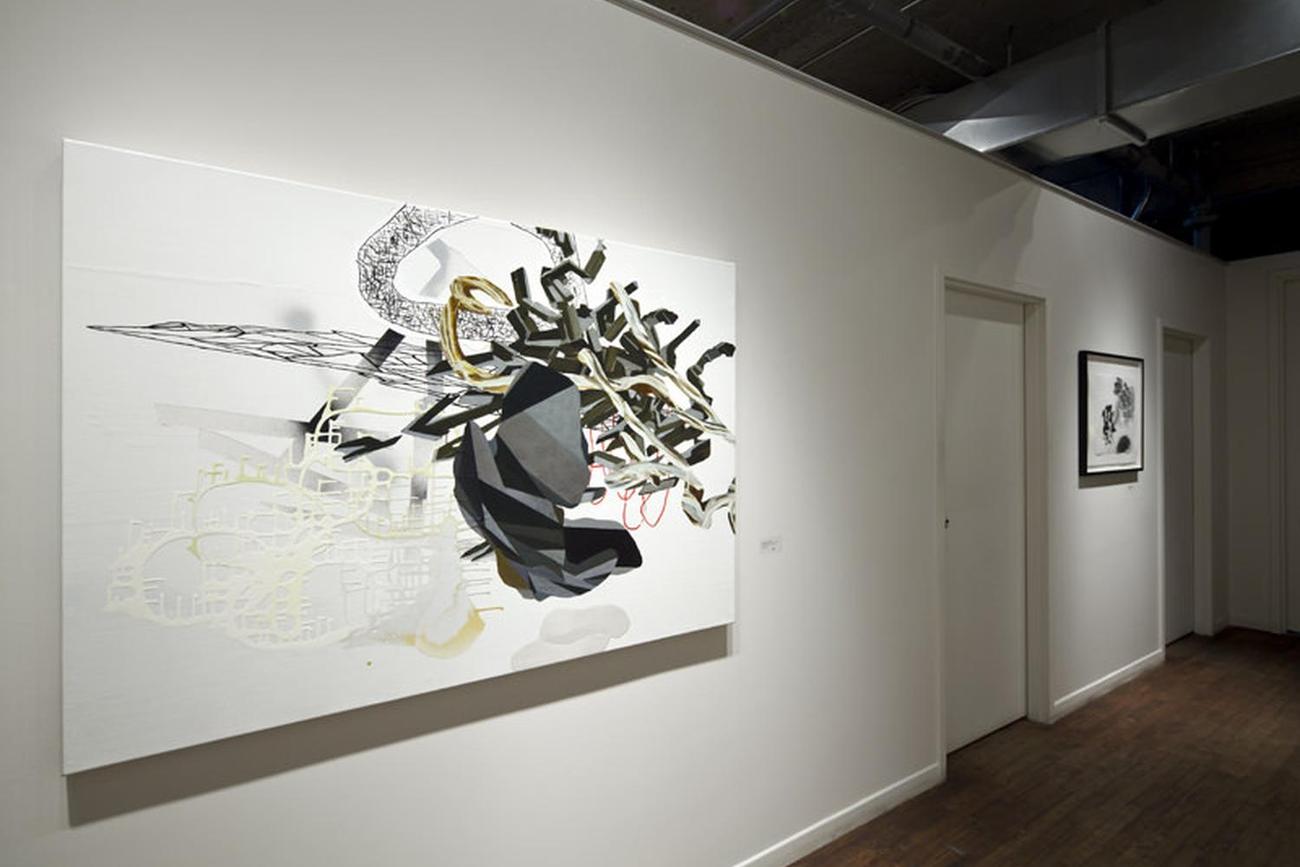 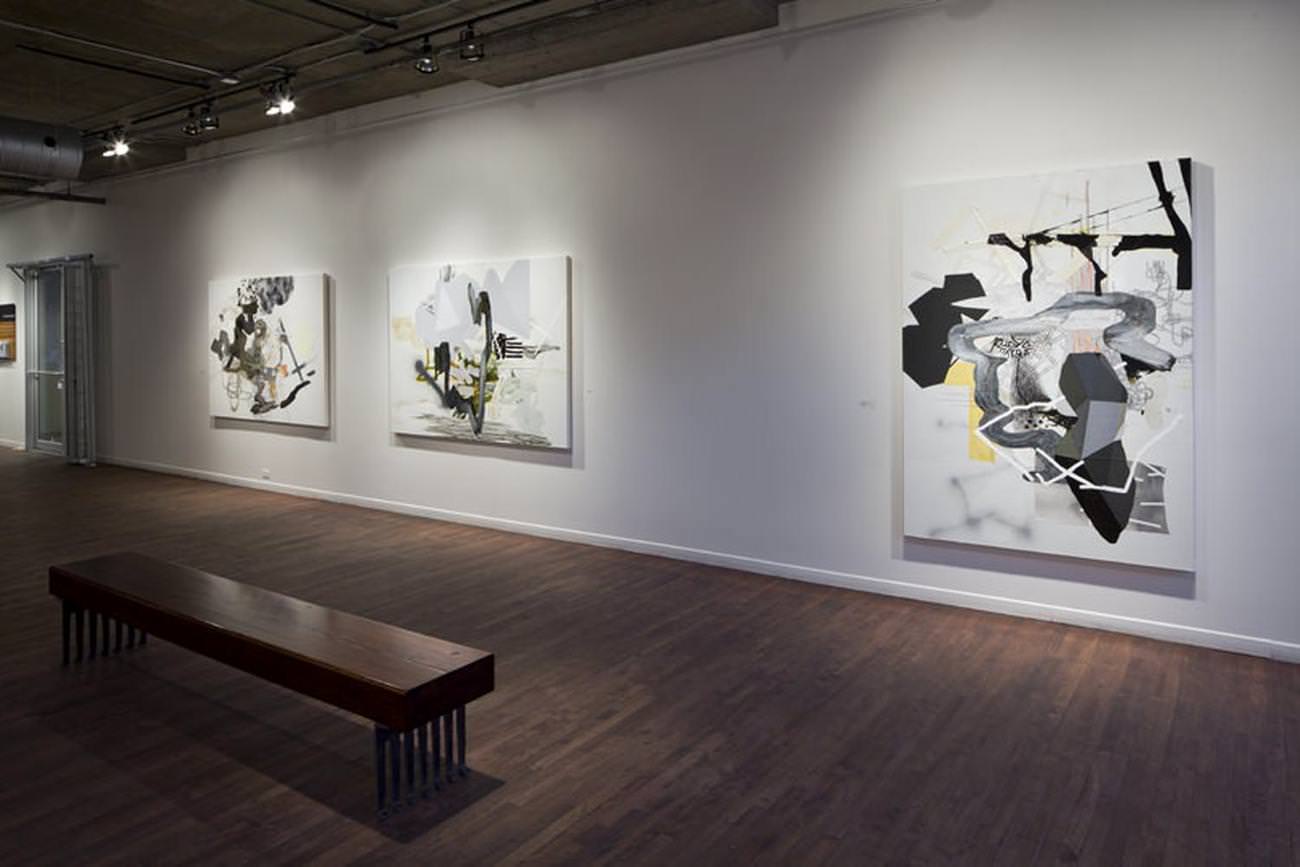 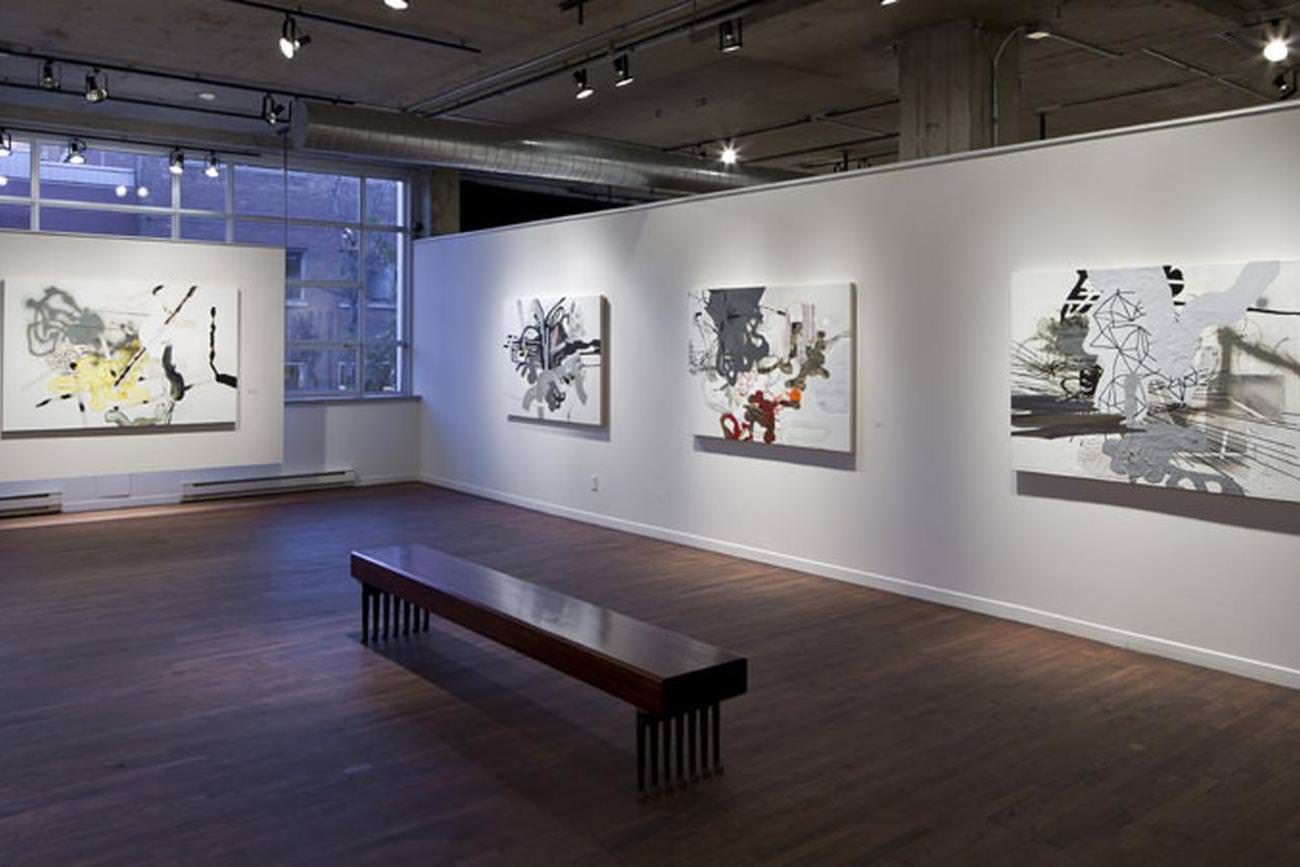 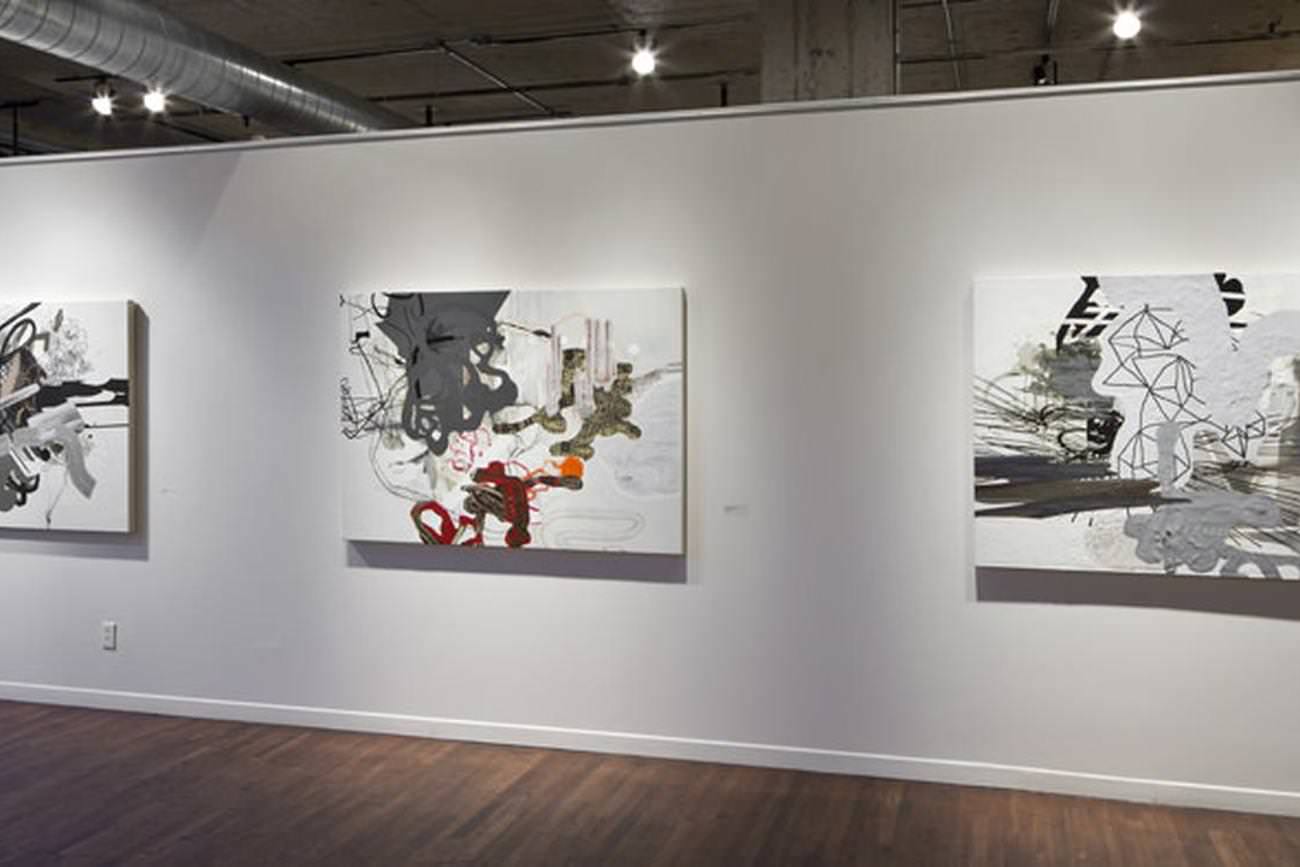 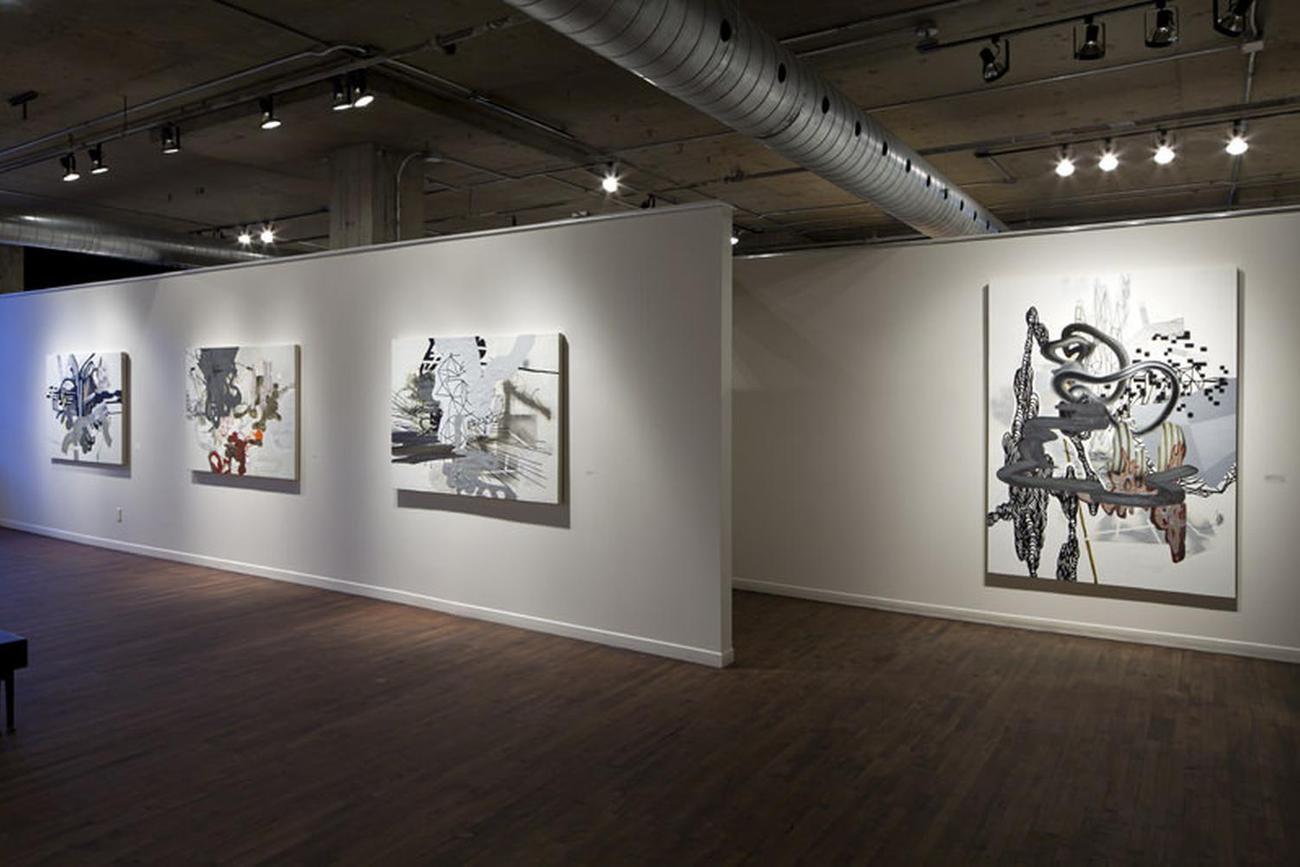 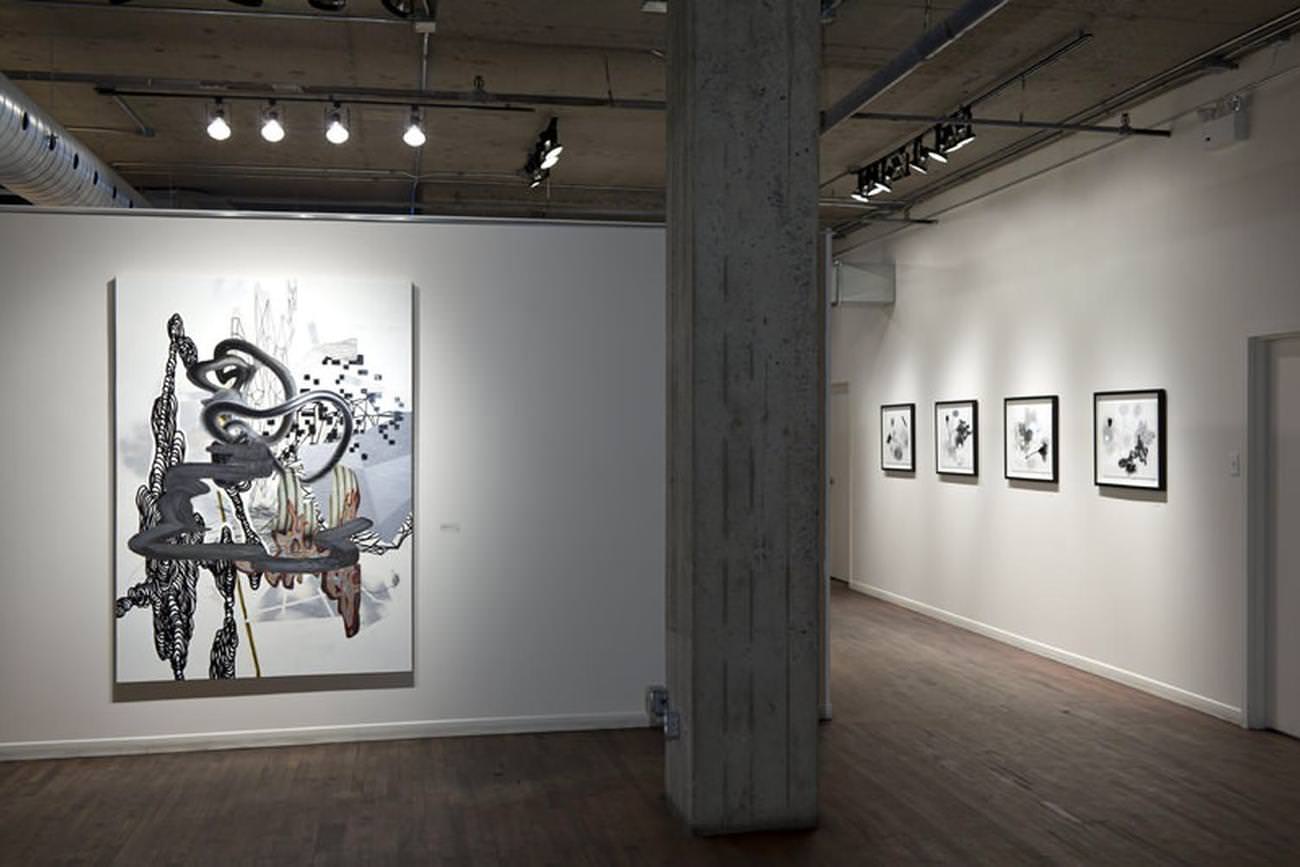 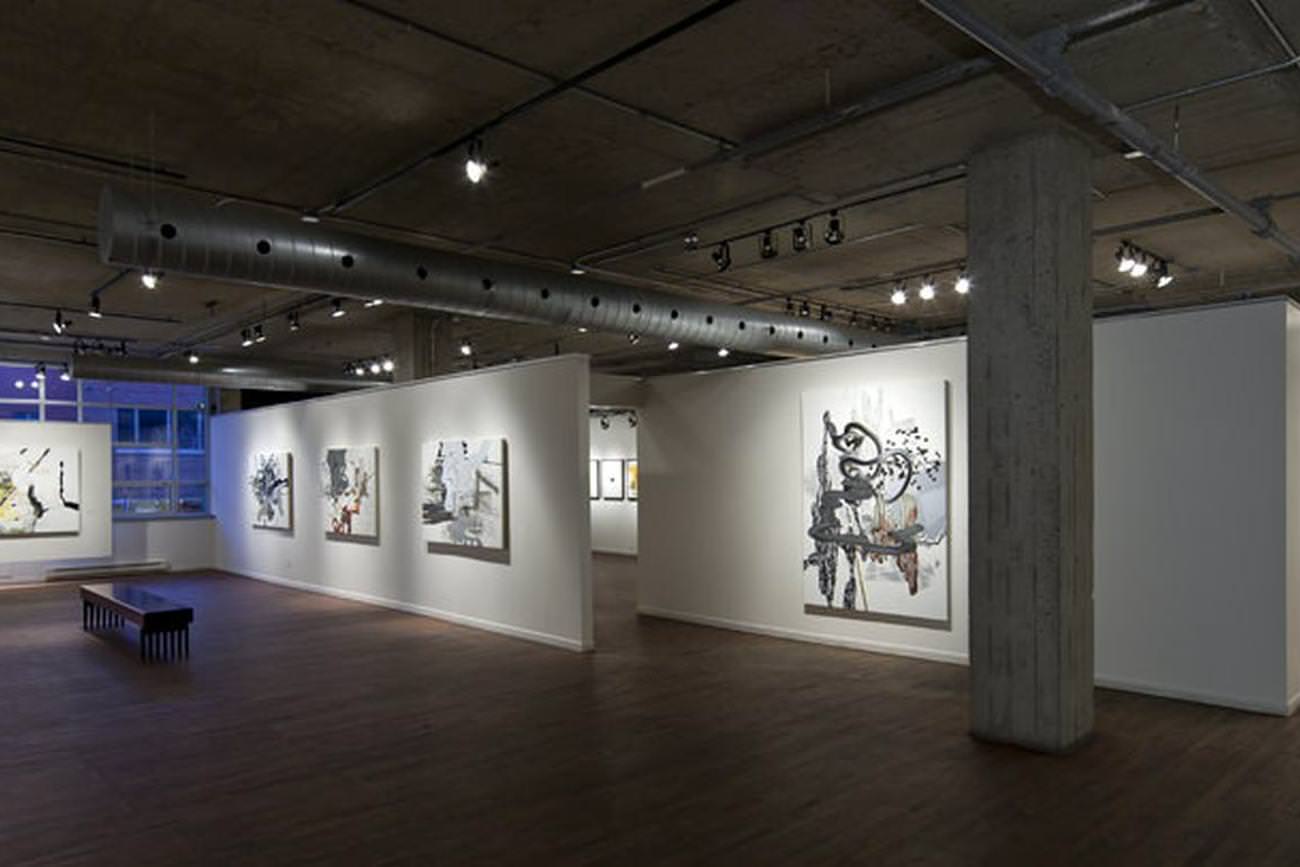 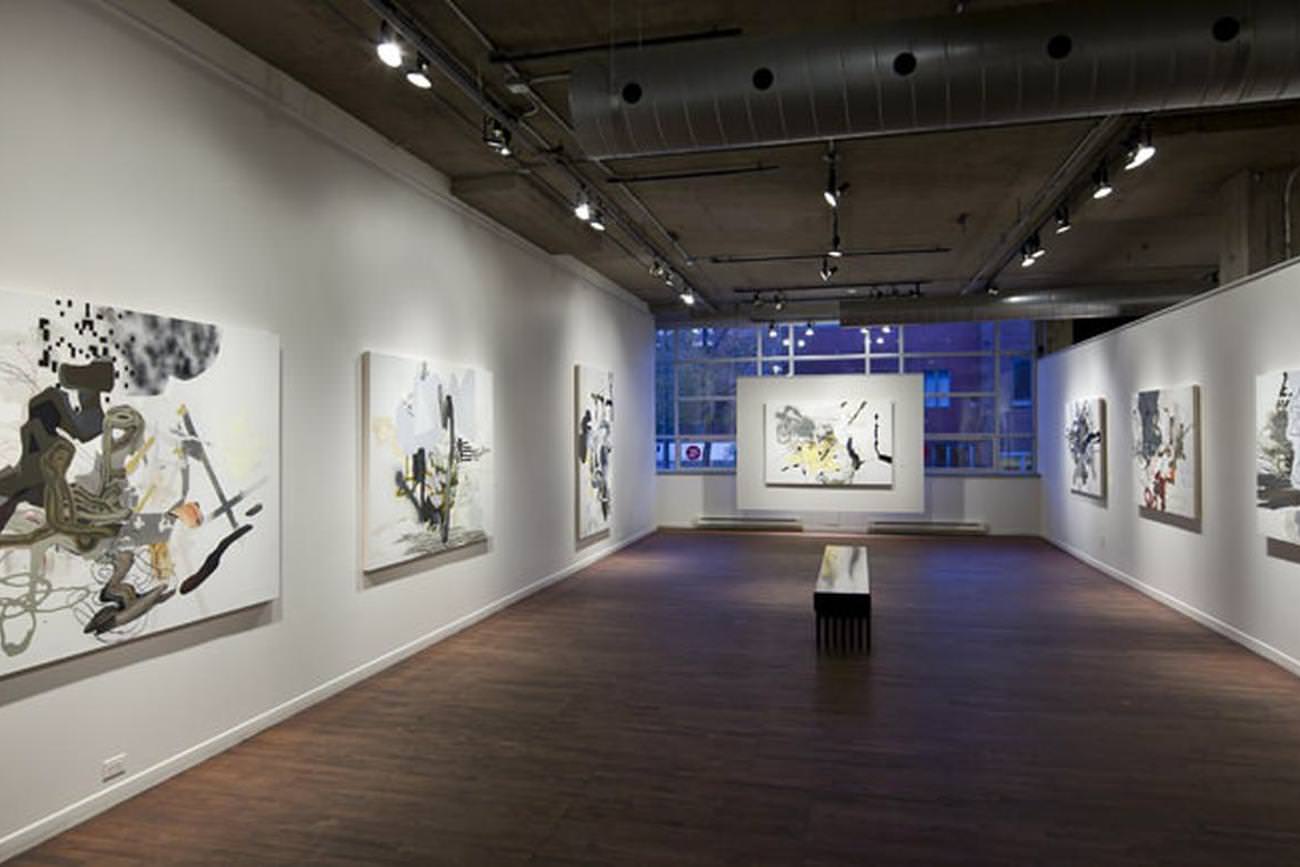 Jean-Sébastien Denis’s works evince the signs of an incessant investigation of—indeed, what seems to be a veritable obsession with—the inexhaustible possibilities of painting and medium. Now, after 15 years of unswervingly determined exploration, emerge pictorial ecosystems whose artistic singularity is more evident than ever before. In this, his third solo exhibition at Galerie Simon Blais, the artist presents a new series of works on canvas and paper. Machinations shows abstract worlds made up of complex networks of heterogeneous forms interacting within ethereal spaces. Continuing the play with texture and visual density characterizing his previous work, this time Denis undertakes to conquer the third dimension by creating weightless worlds in which nexuses of suspended forms predominate. A new vocabulary of forms, one in which the organic (associated here with the gestural and fluid nature of the shapes) is mixed with images inspired by the digital universe (more graphic and geometric, emphasized by a precision of line) fills the depths of these spaces. In Machinations, Jean-Sébastien Denis combines an aesthetic inspired by the virtural world—evidence in itself of an evolution in his creative process—with a formal investigation focusing on the physical properties of his medium.

The official launch of the catalogueJean-Sébastien Denis: Machinations will take place at the exhibition opening. Including an original essay by Benjamin Klein, this publication takes a look at both the current exhibition and the artist’s other recent work from 2009 to 2011. 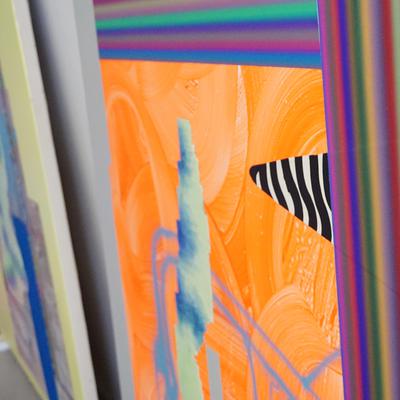 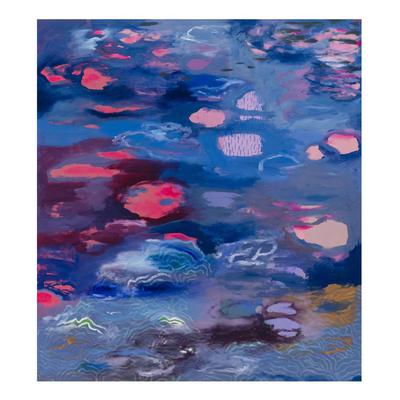 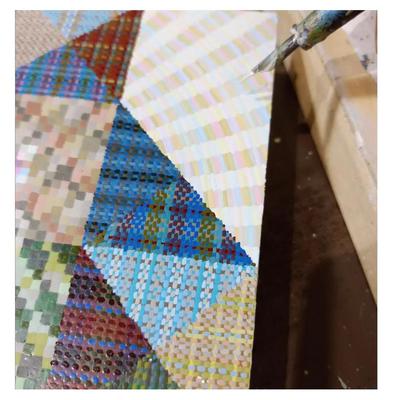 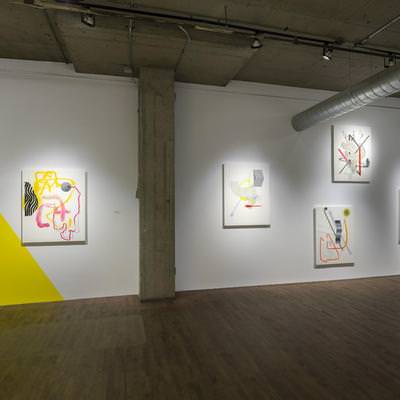 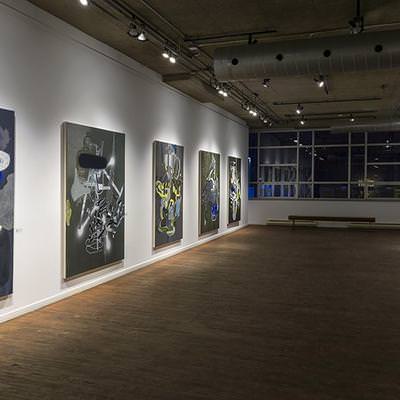 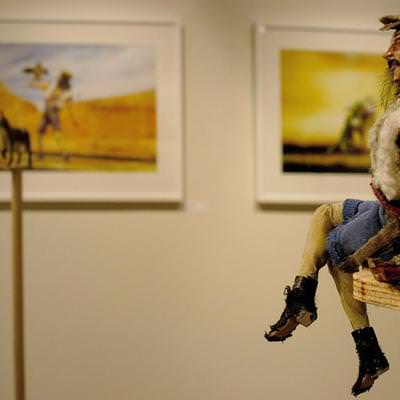 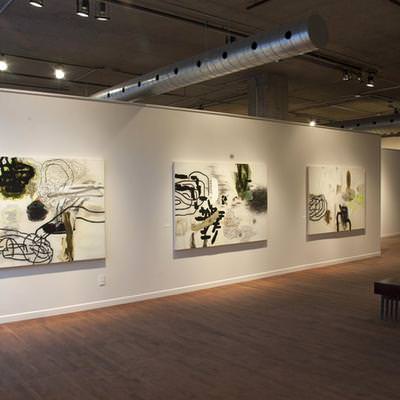 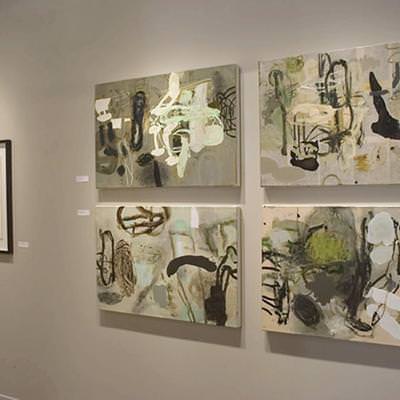