Marc Séguin's mural in tribute to Riopelle is officially unveiled 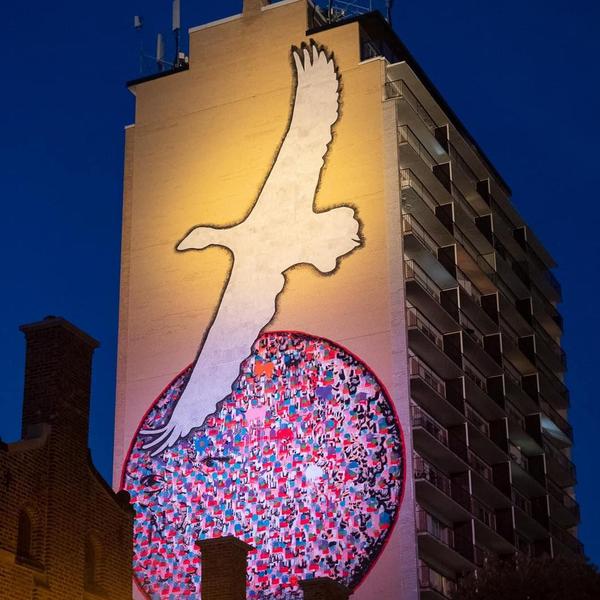 The mural in tribute to Jean Paul Riopelle signed by Marc Séguin is finished! Completed over the course of the summer, the mural, which is located at 625 Milton Street in Montreal, launches the celebrations of Riopelle's 100th birthday, which will be fully deployed in 2023.

This monumental mural will allow the Montreal population to take full measure of the unique cultural heritage that Riopelle has left to the history of art in Canada and the world.

Following a competition launched jointly by the Fondation Jean Paul Riopelle and MU in 2021, Marc Séguin's proposal was selected, testifying to the deep connection between the two artists' artistic approaches. The artist was assisted by Julien Sicre, Arno GL and the MU team.

The mayor of the city, Valérie Plante said that "this work [...] highlights the humanistic approach and the attachment to nature of Riopelle, whose centenary we are celebrating. Montreal is proud to add this work to its open-air museum."