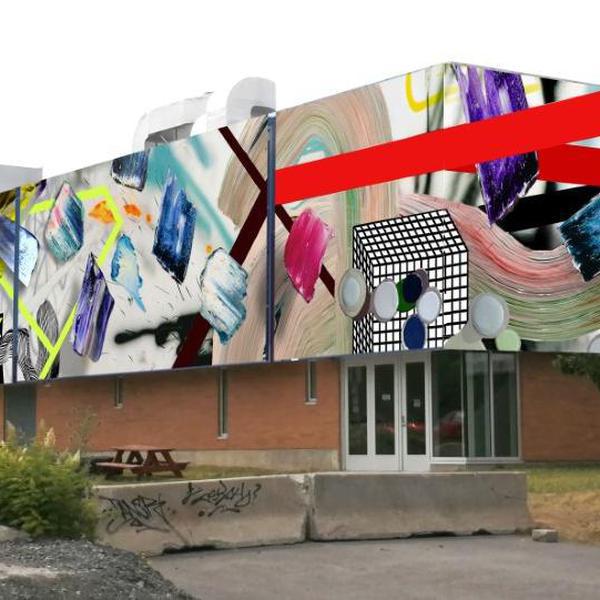 On Saturday, September 25, the inauguration of the mural created by Jean-Sébastien Denis in tribute to Marcelle Ferron took place. On this occasion, Éric Perron discussed with all the actors of this large-scale project.

As a reminder, the 240 m2 mural was erected during the summer of 2020 on the wall of the CCI and is visible from the new MIL campus of the Université de Montréal. Its realization presented many challenges that were brilliantly raised by MU’s team of painters, who worked on it under the supervision of the artist, Jean-Sébastien Denis, and his general and artistic director, Elizabeth-Ann Doyle. The team was composed of artists Julien “Myshel” Sicre, Nicolas O. and Pascal Foisy Lapointe.