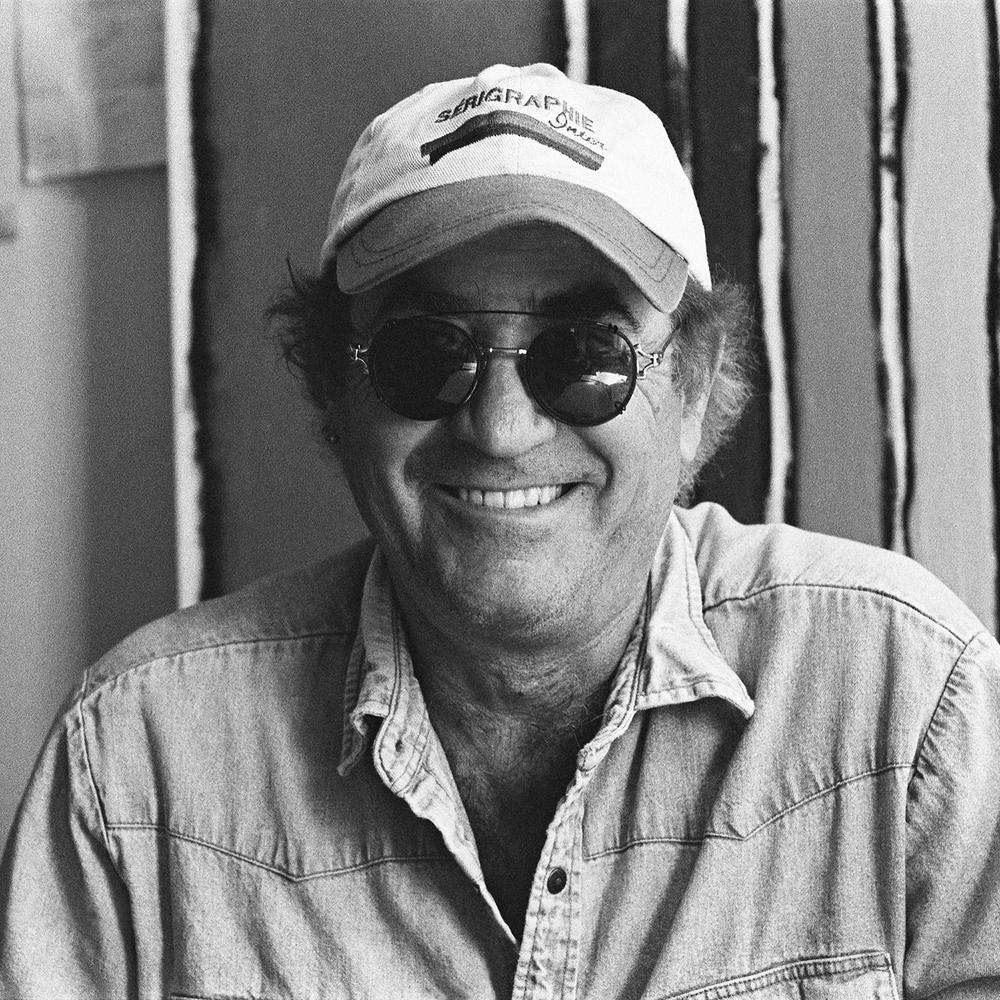 Serge Lemoyne was born in Acton Vale, Québec in 1941 and died in Saint-Hyacinthe in 1998. A student at Montréal's École des beaux-arts from 1958 to 1960, he took part in a number of socially and politically committed art events during the 1960s and 1970s. At one and the same time the instigator of happenings, social agitator and activist, artist of electronic, visual and sonic media and, above all, an indefatigable painter, Serge Lemoyne was probably the most audacious of Québec's postmodern artists. Some art historians consider him the first Québec Pop artist. Certainly, his paintings can be placed within the movement that followed the major debates pitting Automatistes against Plasticiens, where the referential nature of the image met the expressionist freedom of gesture.

His best-known works are undoubtedly those associated with his red, white and blue period. During that time, he took the Montréal Canadiens as his theme and employed the team's iconic colours in the creation of a number of acrylic paintings, as well as screen prints, and in performances in which he hit paint-filled pucks at canvases with a hockey stick. His work was shown at the Montreal Museum of Fine Arts in 1965, and was given a solo exhibition at the city's Musée d'art contemporain the next year. He was responsible for designing the discotheque setting for Expo 67's Youth Pavilion, and London, Ontario's 20/20 Gallery devoted an exhibition to his work in 1969. This was followed in 1972 by the avant-garde performance and exhibition entitled Slap Shot, presented at one of Canada's first artist-run galleries, Montréal's Véhicule Art. The Musée du Québec held a major Lemoyne retrospective in 1987.

Another important component of Serge Lemoyne's artistic process related to his home in Acton Vale where, although the building itself no longer exists, a public square has been set up in his honour. Lemoyne used his residence for many years as a surface upon which he worked his unbounded creativity. Through direct artistic intervention on his home, as well as through employing certain of its motifs (stairs, doors, railings, and so on) in works on more traditional surfaces such as canvas or wood, the artist asserted there was no justification for a boundary between life and art.

Serge Lemoyne's work is represented in the most prestigious collections of contemporary art in Québec and the rest of Canada, as well as in the country's leading museums, including the National Gallery of Canada and the Montreal Museum of Fine Arts, where Dryden, a painting from the artist's red, white and blue period, is on display.