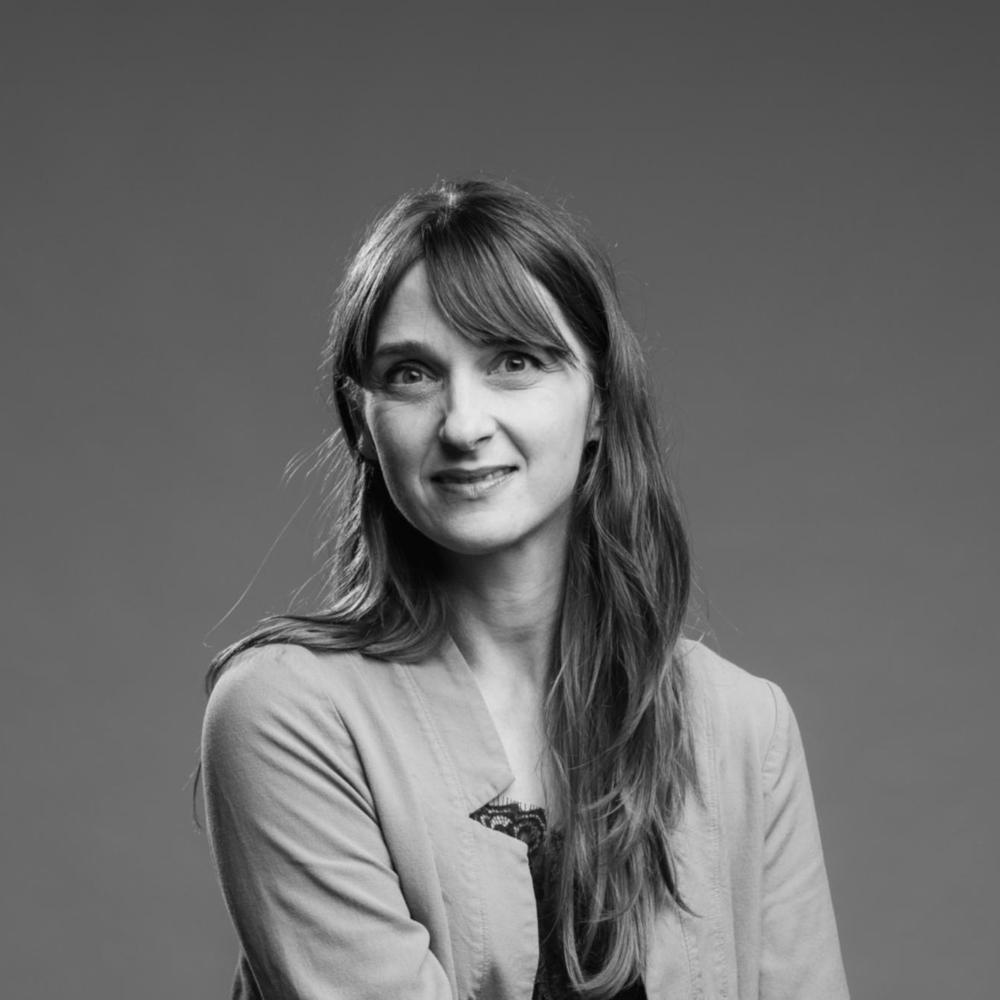 Born in Lac-Saint-Jean in 1974, Julie Ouellet lives and works in Montreal. She received her BFA and MFA from the Université du Québec à Montréal, where she was also awarded the McAbbie bursary in 1997.

For more than twenty years, she has conducted extensive research in the broad field of drawing and painting. Her explorations took a non-figurative turn beginning in 2011 to focus on the line and its ability to create detours and wanderings taking the form of sinuous lines. Her work has been shown in several solo exhibitions, including La décharge, her first solo show at Galerie Simon Blais in 2004, Recent Works at Charest-Weinberg Gallery in 2006 (Miami), as well as Chimères at Maison de la culture Frontenac in 2011, and Se tisser un chaos luxuriant held at Galerie Simon Blais in 2015.

Julie Ouellet's works are part of several public (Alcan, National Bank, Loto-Québec, Cirque du Soleil, Pointe-À-Callière Museum) and private collections. Particularly interested in the act of drawing, which is the major focus of her work, she seeks to identify the agents that activate and modulate its action. These recent explorations have led her to work in the wilderness and to create ephemeral works.

Since 2019, she has been teaching drawing at the University of Sherbrooke and, more recently, at the UQAM’s School of Design. In 2017, she won the François-Xavier Marange bursary (UQAM Foundation). She is currently in residence at Atelier Circulaire and continues her reflection, notably around the technique of etching.

Galerie Simon Blais has represented her since 2003.