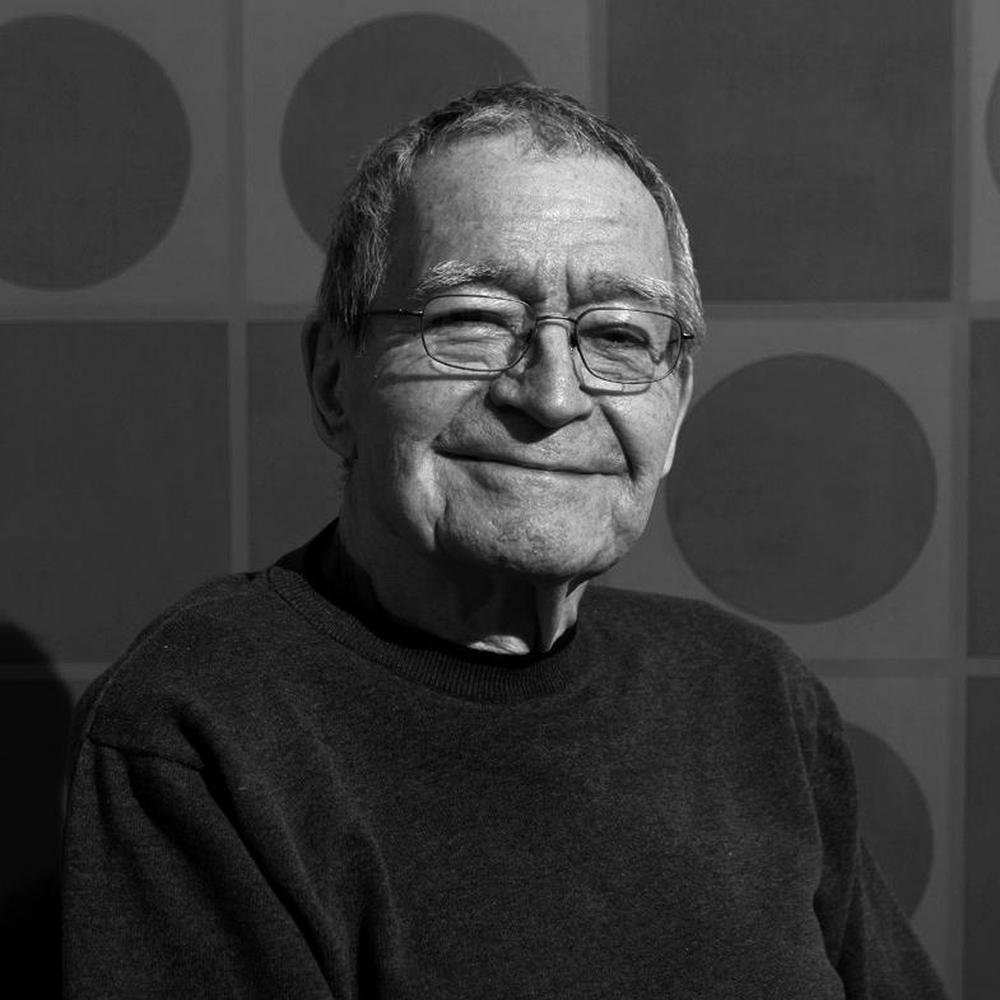 Denis Juneau was born in Verdun, Québec on September 30, 1925. He studied art at Montréal’s Monument National (1942–1943) and École des beaux-arts (1943–1950), where he was taught by Sylvia Daoust, Armand Filion, Alfred Laliberté and Alfred Pellan. He continued his training with an apprenticeship in goldsmithing with Georges Delrue (1951–1952), then with an internship as a designer under Gilles Beaugrand (1952–1953). Living in Italy from 1954 to 1956, Juneau studied industrial design at the Centro Studi Arte/Industria in the city of Novara, under the supervision of the school’s founder, painter and designer Nino di Salvatore.

Returning to Montréal, in 1957 his work was on display in the group show held on the occasion of the opening of the Galerie Denyse Delrue, later the venue for his first solo exhibition in 1958. Juneau’s participation in the 1959 exhibition organized by Fernand Leduc entitled L’Art abstrait, in which his work was shown alongside that of Louis Belzile, Jean Goguen, Fernand Leduc, Guido Molinari, Claude Tousignant and Fernand Toupin, marked a turning point for the rest of his career. Like the other artists belonging to the second generation of the Plasticien movement, Denis Juneau took a rigorously geometric approach to abstraction that emphasized experimentation with colour.

Denis Juneau’s work has been exhibited frequently in Canada, of course, but also in New York, Washington, Paris, London, Brussels and Spoleto. The major shows devoted to his art include the travelling exhibition Juneau, organized by the Consulate General of Canada in New York (1975–1976), Denis Juneau: New Perspectives, 1956–1984, presented at the National Gallery of Canada (1984–1985), and Ponctuations, a retrospective produced by the Musée du Québec (2001–2002).

Denis Juneau has been the recipient of a number of honours, including the 1986 Gershon Iskowitz Foundation Prize and the 2008 Paul-Émile-Borduas Award.